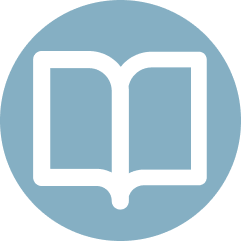 Washington, DC – The Municipal Securities Rulemaking Board (MSRB) is seeking comment on a draft proposal to clarify regulatory provisions that generally prohibit dealers from buying or selling bonds below the minimum denomination allowed in a bond offering document. The revised provisions would form a new stand-alone rule.

The MSRB’s minimum denomination regulations, currently provisions of MSRB Rule G-15 on customer transactions, are designed to protect investors in cases where municipal securities issuers determine that the complexity, risks, lack of disclosure or other factors make the securities inappropriate for a retail customer. The MSRB first sought comment in April 2016 on clarifying its minimum denomination provisions and adding exceptions that would be consistent with this investor protection intent and would also enhance liquidity for investors that hold positions below the minimum denomination. The MSRB has decided to gather additional public input before considering proposing any changes to the Securities and Exchange Commission.

“As a result of input from industry and other commenters, the MSRB believes that creating a clearer, stand-alone rule on minimum denominations will facilitate understanding and compliance with these investor protections,” said MSRB Executive Director Lynnette Kelly. “We want to support the practical application of the prohibition while emphasizing the overall importance of adhering to the minimum denomination for certain transactions.”

Draft MSRB Rule G-49 provides for several exceptions to the minimum denomination prohibition to facilitate liquidity for investors that for various reasons may own bonds in lots below the minimum denomination. The MSRB believes the proposed exceptions provide benefits to these investors while at the same time avoiding the creation of additional below-minimum denomination positions. The draft rule also aims to reduce administrative burdens when transacting in positions that resulted from customers totally liquidating their entire below-minimum position. Read the request for comment.

Comments should be submitted no later than October 18, 2016.